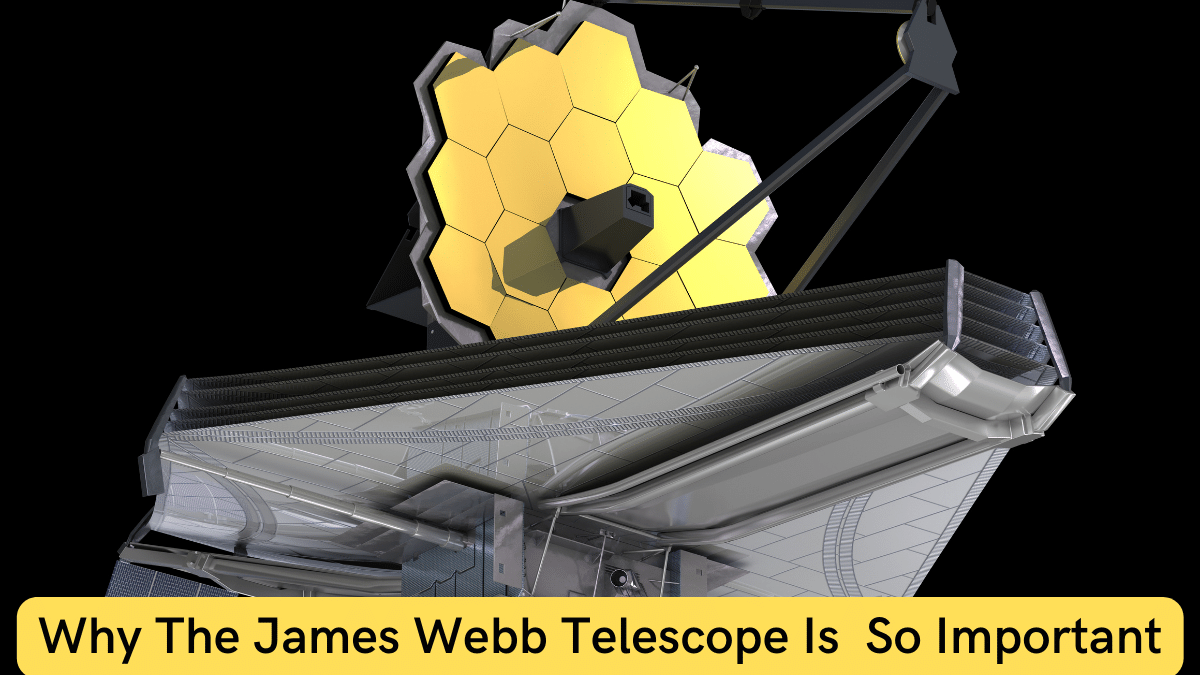 The James Webb Space Telescope is the most powerful space telescope ever built, and it was launched in 2021. It was launched as a successor to Hubble and will be able to see back in time farther than any other telescope before it. It has the ability to look at galaxies that existed shortly after the Big Bang, allowing scientists to study how our own solar system formed and evolved over time, as well as giving them insight into what else might exist out there in the universe. Keep reading to find out more about this advanced telescope.

What The James Webb Telescope Can Do

The JWST’s primary mirror is 6.5 meters (21 feet, 4 inches) across and consists of 18 segments, which will fold and unfold during a series of deployments over the course of two days in orbit. Unlike Hubble, though, Webb will not be fixed in place but will be able to point at any object it chooses within its field of view, which is up to 40 times as large as Hubble’s (about 1/400th the size of the entire sky).

Differences Between The Webb and Hubble

Major Reasons Why Webb Is So Important

As it has already been established, the James Webb telescope is different from its predecessor, the Hubble, let’s take a look at some of the major reasons why it is considered a very important telescope in space exploration today.

1. It Can See Stars Formed After The Big Bang

The James Webb Telescope will look back to the very first stars and galaxies that formed in the early universe, less than a billion years after the Big Bang. These were made up of hydrogen atoms that had been created by fusion reactions inside the first stars. The hydrogen atoms combined to form helium and other elements like carbon, oxygen, nitrogen, and silicon. The heavier elements were then released into space so they could be used for making new stars and planetary systems.

The James Webb Telescope, once it is fully operational, will be able to help scientists understand how our own solar system formed by studying the other solar systems in our galaxy. Scientists will be able to use the James Webb Telescope to determine what elements were present when these planets were forming. This data can then be compared with Earth’s composition, which will give them insight into how our planet was formed as well as what happened during that process.

The James Webb Telescope could also help us better understand how the solar system was formed in general by providing more information about these faraway planets and their characteristics than ever before. It can do this because it has a much larger range than previous telescopes like Hubble or Spitzer (which are very good telescopes themselves).

3. It Will Study Black Holes In Great Detail

The James Webb Space Telescope will study black holes in great detail, including how they affect their surrounding environment. Its primary mission is to find out what happens just before a supermassive black hole devours a star. But it can also detect planets outside our solar system, like those orbiting TRAPPIST-1, a dwarf star with seven Earth-sized planets orbiting it.

Scientists and engineers have designed the James Webb Space Telescope (JWST) to study the formation of planets, galaxies, and stars. The telescope will be able to detect organic molecules in exoplanet atmospheres and look for signs of life on other planets.

The JWST will be able to see farther than any other space telescope previously built by humans. It is so powerful it can see beyond our own solar system all the way out to Pluto!

The JWST will be able to detect water vapor, oxygen, and methane in exoplanet atmospheres using spectroscopy – which is a technique that analyzes light from an object to reveal its chemical composition.

In order to characterize exoplanets, scientists need a powerful telescope.

The James Webb Space Telescope (JWST) is so important because it is a lot more sensitive than previous telescopes that have studied exoplanets, so much so that it can detect faint starlight from distant planets and classify them by their colors.

In addition, the JWST will study the atmosphere of these far-away worlds in detail, allowing scientists to search for clues about what conditions are like on those planets. By studying exoplanets, we can learn about our own place in space and how we fit into its larger picture.

The James Webb Telescope will be able to study brown dwarfs and very faint cool stars called red dwarfs, providing insights into the low-temperature evolution of stars. Over a period of about 10 million years, these middleweight stars shrink to become tiny red dwarfs. These “failed” stars are commonly known as M-dwarfs because they have masses less than half that of our sun’s mass (M).

Red Dwarfs are really small – less than 40% larger than Jupiter in size! But they are also incredibly common – making up 75% or more of all-stars! They’re so common because they live for trillions of years compared with the few billion-year lifetimes of other types like our Sun

The telescope’s power is unprecedented and its capabilities are vast. The James Webb Space Telescope will have the power to see the first stars and galaxies that formed in the early universe, as well as to observe planets around other stars. While it cannot actually take pictures of such distant objects, it will be able to characterize them based on their light spectra. This information can be used to determine whether they have conditions amenable to life (i.e., liquid water).

How Long Will Webb be in Space?

From its launch date in 2021, Webb is expected to remain in orbit for 5-10 years. The lifespan of the telescope is much shorter than Hubble’s because it was designed to be a more limited scope. For example, Hubble’s field of view (FOV) is 2.4 degrees wide; Webb’s FOV is only 0.05 degrees wide.

Some Frequently Asked Questions About The James Webb Telescope

What will the James Webb telescope see?

Webb is designed to observe faint objects in infrared wavelengths. Those wavelengths are longer than visible light, which is blue and red. This means that the telescope’s images won’t look like what you’re used to seeing at night with your eyes. For example, if Webb observes a galaxy that emits mostly red light, it might appear blue-ish in the image sent back by the telescope (simply because our eyes can only detect certain colors of light).

How long will it take for the James Webb Space Telescope to send pictures?

It takes about 16 minutes for radio waves sent from Earth to reach Jupiter—the largest planet in our solar system—and then bounce back towards us here on Earth. There isn’t any spacecraft ready to go past Jupiter (yet), so signals can’t be sent directly out toward them yet; instead, another spacecraft called Deep Space Network (DSN) will be needed, which acts as a relay station between Earth-bound signals and space missions such as JWST at L2 point where they are located right now!

Scientists are excited to see what the James Webb Space Telescope can do, and I hope this article has given you a better understanding of what it will mean for future generations. The Webb telescope has been in development since 1996 and has already cost more than $10 billion, but its capabilities are worth every penny. It will help us answer some of our biggest questions about the universe—How did it all begin? Is there life beyond Earth? How did our own solar system form? And much more!

If you are fascinated by these types of contents, then my article on solar flares might be an interesting read for you as well.