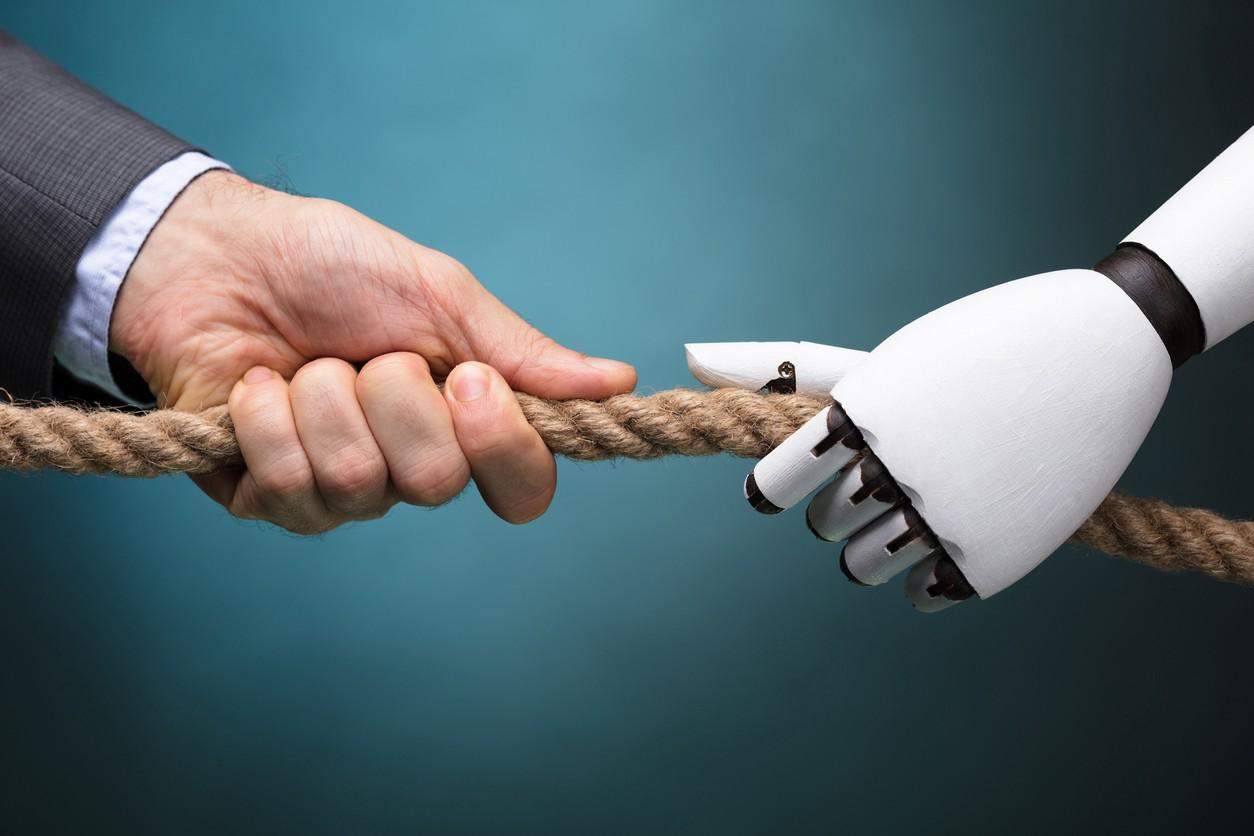 Artificial intelligence (AI) and human intelligence (HI) have long been debated, and it’s an ongoing debate in the tech community. AI refers to technology that can think, learn, reason, and act as humans do; HI, on the other hand, is your natural cognitive ability as a human being (which scientists suggest will be forever evolving). Are you smarter than a computer? How about AI vs. Humans? Read on to find out more about this fascinating topic!

AI Can Do Anything

People have been getting more and more excited about AI in recent years, and it’s easy to see why. A range of breakthroughs means that AI software can now do pretty much any task you can imagine: drive cars, play Go, beat human champions at chess, diagnose illnesses and so on.

One big reason for excitement is that AI offers an opportunity to free humans from tedious jobs like driving trucks or reading through medical reports—which could then free us up to pursue more creative work like drawing or playing music. It may seem as though we’re entering a sci-fi future where machines become smarter than humans and take over our planet—but in reality, a combination of artificial intelligence (AI) and human intelligence (HI) will define our future instead…

Only People Can Create Real Relationships

Computers will never replace human relationships because human connection is so important to our survival. At least that’s what we believe; but even if it wasn’t true, AI can’t create real relationships because these require a person to be present and active in them. For example, no computer program can adequately substitute for face-to-face conversations—even less so when you’re trying to determine whether or not you want to spend more time with a person than just in their presence.

Ultimately, AI and robotics may never be able to act like humans, but humans are truly capable of acting like themselves; and unlike machines, people have a natural instinctive ability to connect with other people through authentic interaction.

People Create Their Own Future

While a computer algorithm can tell you which movie, you’ll like best based on your previous choices, an author has created those choices out of thin air and tapped into whatever pool of inspiration they had at that moment to make something meaningful that you might not have seen otherwise. Or what about when Einstein came up with his theory of relativity or when Beethoven wrote one of his symphonies?

How does that make us feel different from other creatures? According to science, in most respects, we are similar to animals and in many aspects, superior. But where it really matters—our ability to think, reason, communicate and express emotion—we are light years ahead of our fellow creatures on Earth, be they apes or even robots…or artificial intelligence (AI).

At what point do you cross over into someone else’s feelings and desires: The line between love and fear is a thin one. Fear not only opens us up to more risk but inhibits our ability to show compassion for others who are in need of help.

AI vs. Humans: Many People Are Afraid of Technology

They fear being replaced by it or they fear a robot uprising (even though we know that would never happen). Many of these fears are fueled by movies such as iRobot and Blade Runner—movies which portray artificial intelligence as a destructive and emotionless force, bent on taking over humanity for reasons unknown.

However, some new research says that AI may not be so malicious after all. The study showed that if you were to compare two AI systems, one of which was trained using supervised learning algorithms and another which was not, there would be little difference in performance between them.

One of our favorite articles of all time is “Stop Sending Robots to Perform Brain Surgery” (link will be provided when found :)). It illustrates how computers (even powerful ones) are rarely able to deal with more than one data point at a time; something that humans can easily accomplish using our superior pattern recognition skills.

While machines may be helpless with more abstract tasks, they are still very useful when it comes to applying expertise in very specific scenarios (e.g., searching through and making sense of large amounts of structured or unstructured data). Don’t expect your robotic colleague or digital assistant to replace human experts any time soon — but there’s no question that AI will transform what it means to be a human expert going forward.

There’s a lot of fear and misunderstanding surrounding artificial intelligence (AI) today, but it’s something we need to learn more about—not less. Ultimately, our hope is that if people better understand AI and its capabilities, they will be less afraid of it—and also more aware of ways they can use it to their advantage, whether professionally or personally.

There are many incredible uses for AI in our everyday lives, both at work and in other aspects of life like grocery shopping, movie night, and studying for exams! While there are certainly some scary possibilities surrounding AI—like autonomous weapons systems, self-learning computer programs with bias, or all-knowing AIs that control us instead of vice versa—it all comes down to how we use them.